Two of our most recent projects in Los Angeles have been rather symbolic to the city, as well as beneficial to the local communities. Both bridges are used to cross the Los Angeles river and connect pedestrians to various parts of the city.

A huge symbol to the city of Los Angeles, the Glendale Hyperion Bridge was coined a monument as it was built in the late 1920s/early 1930s. Seeing as it is a historical monument to the city, the recent improvement project truly rebuilt the bridge to fit the modern Los Angeles, while restoring the original beauty of the bridge itself.

The entire goal of the renovation project was to upgrade the structure to necessary standards for earthquakes, restore the bridge to historical appearance, all while improving the transportation and pedestrian traffic of the area. One of the most unique portions of the improvement project was the inclusion of a water infiltration basin to improve and protect the water quality of the Los Angeles River.

Referred to as a new Los Angeles landmark, the Atwater Bridge Project was recently completed and opened at the end of 2019. The bridge connects North Atwater Park with Griffith Park and will be frequented by pedestrians, equestrians and cyclists. The bridge is divided by two paths, one being pedestrian and cyclists, and the other being equestrians.

The bridge itself is unique, laid out over a 325-foot span and anchored by a 125-foot mast and multiple suspension cables. The lighting for this bridge in particular is very subtle, featuring the KLIK XL28 spaced further apart than is typical for pathway illumination, instead acting as “marker lights,” along the bridge path.

Both projects featured the KLIK LEDpod XL28, most commonly used in larger, hollow architectural metals. The lighting for both the Glendale Hyperion Bridge and the Atwater Bridge was approved through the Los Angeles Bureau of Street Lighting, required for use on public projects in LA.

KLIK USA worked over the course of many years with the lighting designers on these projects to make sure that the lighting speaks to the need of the project; a fitting description of KLIK’s dedication and knowledge for the lighting industry.

For more information, see the links below: 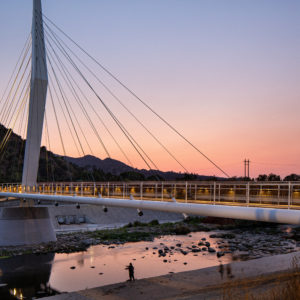 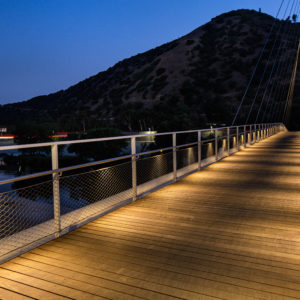 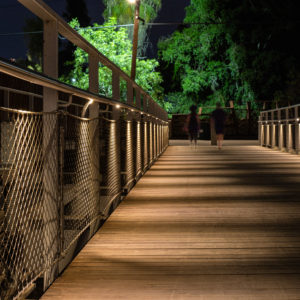 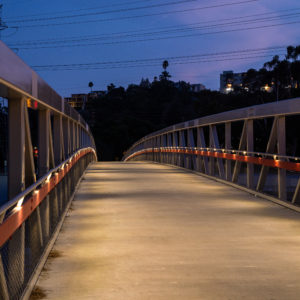 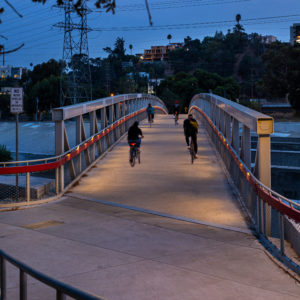 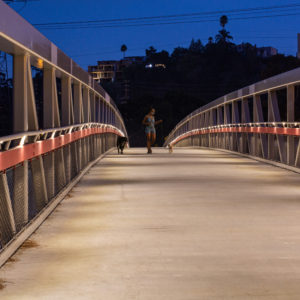